So many do not know Google manufacture phones, talk more of them manufacturing great products. Since they started the production, they’ve been doing perfectly well and Google Pixel 4a is just a tip of iceberg from other great work of theirs.

Google Pixel 4a is a lovable phone, with very attractive designs, operating system and the smooth texture, it has the ability to make the user fall immediately in love with it. I’m sure you’re already in love with it, but I assure you, your love will increase after reading this article.

Google’s Pixel 4a is finally here and although it has arrived a few months behind its rumored schedule, many are eager to buy one during these trying times. How much has been done to improve the Google-fied budget Pixel 3a from last year? Well, last year’s formula was quite successful that Google didn’t need to change it up too much. In fact, it lowered the price and doubled the storage.

The 4a gets a modest performance boost with a Snapdragon 730G chipset, 2 additional GB of RAM, and updated UFS 2.1 storage speeds (The Pixel 3a used eMMC 5.1). A slight boost in battery capacity is seen as well, and the display size was stretched out to cover more surface area, and there’s a punch hole selfie camera cut-out of the screen as well.

The backside and frame are both made of plastic, but the display glass is now made of Gorilla Glass 3. In addition, the camera, while otherwise identical in hardware, gets a slightly brighter f/1.7 aperture lens (the 3a had f/1.8). We are expecting to see camera performance comparable to what we saw on the Pixel 3a last year, which was wonderful to say the least.

Despite the taller screen, Google managed to shrink the footprint of the 4a (compared to the 3a) in both height and width. This is the first Google Pixel phone to feature a punch hole cut out for the selfie camera.

With the Pixel 4a, Google is solidifying its foothold in the midrange category. The higher-end Pixels that came before it excelled in camera technology, but these days the competition swerves around Google’s offerings. With the 3a, Google has proven it can make cheap hardware deliver a premium-feeling experience.

Let’s dig further into the Pixel 4a starting with the unboxing.

Unboxing the Google Pixel 4a

The Pixel 4a comes with the bare necessities inside. The box is printed with a matte finish on the outside. Google’s branding and an image of the Just Black Pixel 4a appear on the packaging.

Inside the box is the Pixel 4a itself, a quick start guide and safety information card, SIM eject tool, a USB-C to C cable, and a USB-C Power Delivery charge adapter. There’s also a USB-C to A adapter, useful for transferring data from an iPhone or other Android device. This adapter doubles as an OTG input so you can mount a USB drive into the Pixel 4a.

The Pixel 4a doesn’t come with any earbuds, case, or screen protector.

The Pixel 4a is built with a plastic frame and back panel while the display is protected by Corning Gorilla Glass 3. Like the Pixel 4 and 4 XL, the 4a no longer has the “window” on the back, so it is completely matte on the back, save for the camera bump. It’s interesting to see this fingerprint scanner, which is also matte on the back, we can’t help but think it might have been more aesthetically pleasing to make it shiny to contrast the rest of the back.

The camera setup is square like its more expensive siblings, but it only houses a single 12.2MP camera, and a dual-LED flash. We like that the styling matches with the Pixel 4. The camera housing does protrude, but not enough to make rocking back and forth on the table a serious issue.

The rear cover and the frame are a single piece, so holding the Pixel 4a feels really nice and smooth with no breaks or seams. At 144 x 69.4 x 8.2 mm, the Pixel 4a is slightly shorter and narrower than the Pixel 3a, despite having a screen that takes up more space. It’s even slightly lighter at 143g and its weight is well distributed.

It’s a well built phone, but we wonder if it has any structural weak points. It doesn’t creak or buckle under light pressure, so that’s worth something. Remember that the Pixel 4a is not rated for water or splash resistance, and we would not bet that it’s even sealed well for such an event.

Google has omitted Active edge from all Pixels starting with the 4a. Perhaps it realized that the pressure sensors placed in the frame take up more space than is worth the squeezy feature. You can do the same thing by swiping up from a corner, but it won’t be the same.

The front of this Pixel finally looks like it belongs in the present day. The Pixel 3 had large bezels (and the 3 XL had the bathtub notch), and the Pixel 4 and 4 XL had the honkin’ upper bezel for the underwhelming Motion Sense hardware. The bezels on the Pixel 4a are the smallest we’ve seen on a Pixel phone thus far and the display fills the space nicely.

There’s a 5.81-inch OLED screen with a punch hole cut out for the 8MP selfie camera. This cutout does have a border that isolates it from the display. The front-facing speaker is now a slit that sits above the display, so we wonder if it will affect the stereo loudspeaker performance.

There’s a headphone jack at the top, which you don’t see on the higher-end phones anymore.

At the bottom is a USB-C port, and two symmetrical ports – the right one is a loudspeaker, and the other is a microphone.

The SIM tray is on the lower left side of the phone, and it only takes a single nanoSIM card. There’s no expandable storage here, but dualSIM is possible via eSIM.

The power key is accented with a slightly mint-colored white. The buttons themselves are very clicky and tactile, though not too sensitive.

The phone feels great in-hand. From its curvy matte back cover to the compact size, this is going to be a wonderful phone to hold and use. Finger gymnastics are still kind of needed to reach the top of the status bar, but the Pixel launcher already lets you swipe from anywhere on the home screen to reach the notification shade.

The camera on the Pixel 4a is identical to the hardware from the 3a, save for one line on the spec sheet.

The HDR+ algorithm takes between 3-15 underexposed shots, aligns and combines them with overexposed frames, and a 14-bit “linear RGB” image is created. This image is then reduced to 8-bit (16 million colors) which is what gives Google PIxels’ images their signature “tonal” look.

Although there’s no manual shooting mode, there’s a “Dual Exposure” feature that debuted on the Pixel 4 which lets you adjust the highlights and shadows of the scene before taking the shot. Live HDR+, another feature from the Pixel 4, lets you preview a near-final version of the post-processed shot in real-time before you hit the shutter button. 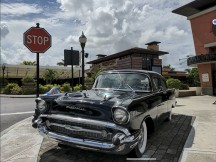 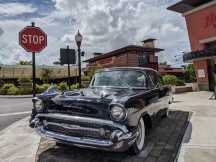 The Google Pixel’s camera app is simple and straightforward. There aren’t too many shooting modes that can overwhelm the user, and the interface is not bogged down with too many settings or options.

Why You Should Make Use Of Phone Verification

Determining Whether to Repair or Replace Your Computer